Please, note that citizens of most countries need a visa to enter Russia. Therefore, please, check whether you need it or not. If you need an invitation letter for visa application you can address to the Organizing Committee icacg2018@gmail.com or request an invitation at the hotel where you book a room. Note also that for visa application  your passpot must be valid for a minimum period of six months after entering Russia. 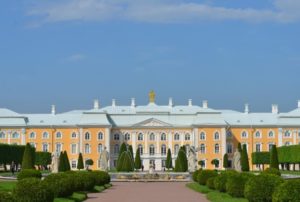 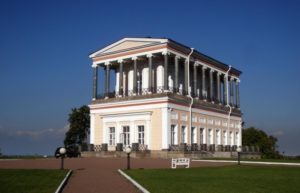 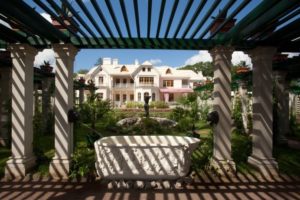 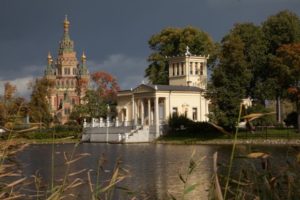 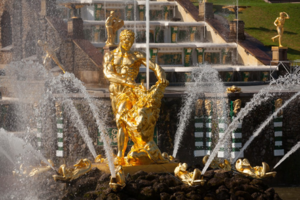 Petergof is a suburb of Saint-Petersburg with a great history closely related to the Tsar family. It was founded in 1710 as a residence for the country’s Emperor. Since Peter the First decided to create a memorial to the Russian Empire, it became a real “Wonder of Russia” and one of the most gorgeous and astonishing places in country.

There are several historical landscape parks on the territory of Petergof each with its own places of attraction. Ensemble “Petergof” was built in order to surpass even Versailles. It is famous for its fountains especially the Samson and the Grand Cascade. The system of water supply is based not on the pumps, but on the height differences between ponds which are the source of water for the whole amount of Petergof fountains. 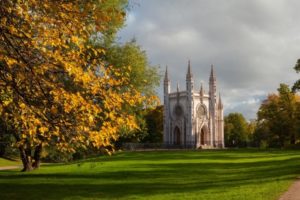 Park “Alexandria” was a favorite place for summer vacations of Romanov family where they can have a rest from pomposity of official residence. The Cottage and the Farm Palaces keep simplicity and the home-like atmosphere.

English Park, Islands with the Tsarina’s and Olga’s Pavilions in the Colonist Park, Belvedere in Meadow Park, Palace of Leuchtenberg in park Sergievka and more, are wonderful sightseeing of small Petergof.

Petergof is also a place of science. In 1920s there was established Biological Institute of Saint-Petersburg University, in which laboratories a lot of basic cytogenetic discoveries were made.

Thus Theodosius Dobzhansky, regarded as one of the prime architects of the modern synthetic theory of evolution, worked from 1924 in Petergof’s genetics laboratory. He undertook experimental work with Drosophila melanogaster together with Yuri Filipchenko, Russian entomologist and geneticist, coiner of the terms microevolution and macroevolution.

In 1933, Calvin Blackman Bridges came here at the invitation of Nikolai Vavilov. Alexandra Prokofyeva – Belgovskaya was among his Russian students, who learned the methods of Drosophila polytene chromosomes preparations and the principles of the cytological and genetic mapping. The most original contributions of Prokofyeva-Belgovskaya concerned the organization of heterochromatic regions. This investigation was made in close collaboration with the famous investigator of X-ray mutagenesis Hermann Joseph Muller, who also worked in Petergof and headed the Laboratory of Gene and Mutagenesis of the Institute of Genetics in 1930s.

Nowadays interesting and important investigations in fields of plant and animal cytogenetics, karyosystematics and lampbrushology are held in Petehof’s laboratories of Saint-Petersburg University.

Images are collected from the peterhofmuseum.ru